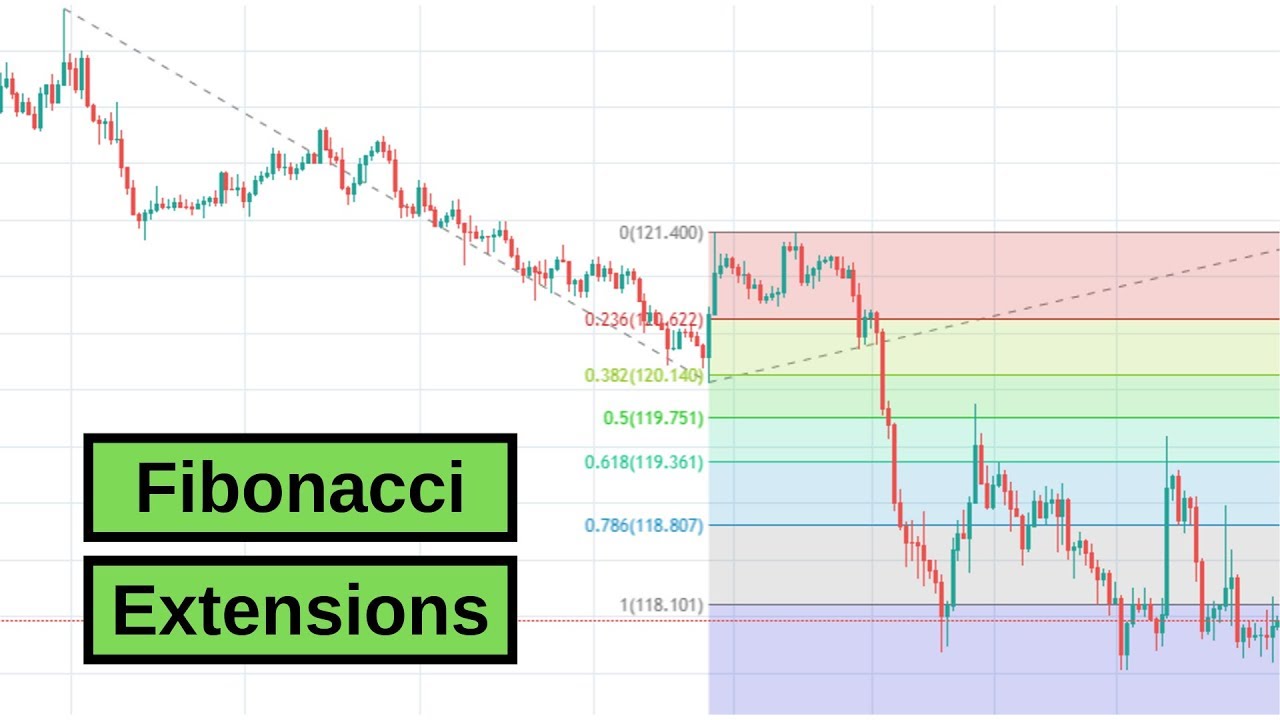 The next application of Fibonacci extensions will be to discover “take profit” goals.

If in doubt, know how to get out!

Let’s look at an example of an upward trend.

Taking gains on a long trade at a Fibonacci Price Extension Level is a good strategy in an uptrend.

Select a notable Swing Low first, then drag your pointer to the most recent Swing High. Finally, retrace your steps by dragging your cursor down and clicking on any of the retracement levels.

This will show both the ratio and the matching price levels for each of the Price Extension Levels. Isn’t it cool?

The 50. percent Fib level held strong as support, and the pair ultimately began its advance after three tests. The price has even risen above the previous Swing High in the chart above.

Let’s have a look at the Fibonacci extension tool to see where we could have made some money.

Here’s a rundown of what transpired after the Swing Low retracement:

The 61.8 percent, 100 percent, and 161.8 percent levels, as shown in the example, would have been appropriate opportunities to take profits.

Let’s look at an example of Fibonacci extension levels being used in a decline.

The overall approach in a decline is to take profits on a short trade at a Fibonacci extension level, as the market frequently finds support at these levels.

Let’s look at that downtrend on the 1-hour EUR/USD chart from the Fib Sticks lesson once again.

A Doji formed right below the 61.8 percent Fib level in this case. Price then reversed as sellers re-entered the market, bringing it all the way back to the Swing Low.

Let’s use the Fib Extension tool to determine where some nice profit targets would have been if we had shorted at the 61.8 percent retracement level.

After the price reversed from the Fibonacci retracement level, here’s what happened:

At the 38.2 percent, 50.0 percent, and 61.8 percent levels, we might have grabbed profits. All of these levels acted as support, probably because other traders were looking for profit-taking opportunities at these levels as well.

The examples show that price finds at least some temporary support or resistance at the Fibonacci extension levels – not always, but frequently enough to allow you to accurately modify your position of Fibonacci extensions to take profits and limit risk.

Of course, there are some issues to address in this situation.

To begin with, it’s impossible to predict which Fibonacci extension level will create resistance.

Another issue is deciding which Swing Low, to begin with when constructing Fibonacci extension levels.

Again, there is no one-size-fits-all approach, but with a lot of experience, you’ll be able to make better Swing point judgments.

When using the Fibonacci extension tool, you must exercise caution. You’ll have to decide how long the current trend will last. Later, we’ll show you how to use methods to determine the strength of a trend.

Fx Pips Guru has a strong group of forex experts who are managing forex accounts of our clients from different brokers dedicatedly. Just hire our forex fund managers here : https://www.fxpipsguru.com/forex-fund-manager/.

Placing stops with Fibs so You Lose Less Money

How to Use Williams %R (Williams Percent Range)